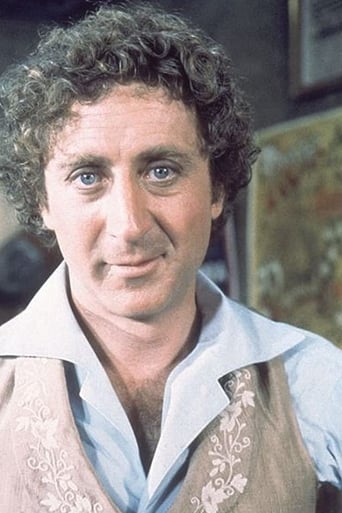 Gene Wilder (born Jerome Silberman; June 11, 1933 - August 29, 2016) was an American stage and screen actor, director, screenwriter, and author. Wilder began his career on stage, making his screen debut in the film Bonnie and Clyde in 1967. His first major role was as Leopold Bloom in the 1968 film The Producers. This was the first in a series of prolific collaborations with writer/director Mel Brooks, including 1974's Young Frankenstein, the script of which garnered the pair an Academy Award nomination for Best Adapted Screenplay. Wilder is known for his portrayal of Willy Wonka in Willy Wonka & the Chocolate Factory (1971) and for his four films with Richard Pryor: Silver Streak (1976), Stir Crazy (1980), See No Evil, Hear No Evil (1989), and Another You (1991). Wilder has directed and written several of his films, including The Woman in Red (1984). His marriage to actress Gilda Radner, who died from ovarian cancer, led to his active involvement in promoting cancer awareness and treatment, helping found the Gilda Radner Ovarian Cancer Detection Center in Los Angeles and co-founding Gilda's Club. In more recent years, Wilder turned his attention to writing, producing a memoir in 2005, Kiss Me Like A Stranger: My Search for Love and Art, and the novels My French Whore (2007), The Woman Who Wouldn't (2008), and What Is This Thing Called Love (2010). Wilder sadly passed away on the 29th of August, 2016.